An educated nurse is one of the biggest key players in the healthcare team. The nursing field is constantly evolving with healthcare reforms and medical technology. There are a few programs offered on the islands of Hilo and Honolulu. Unfortunately, there are a limited number of on-campus programs in the state so distance learning is becoming a more popular option for nursing students. According to the American Associate of Colleges of Nursing (AACN), there are more than 390 RN to Baccalaureate programs offered online. All of the programs are intended to broaden the scope of nursing practice by building on the education you already received in your diploma or associate degree program.

In our Hawaii RN program guide, find rankings for both ADN and BSN Degree programs, tuition costs, NCLEX passing rates, and more. Research key Hawaii RN Program information to help you compare program metrics and to apply to best RN program for your career in nursing.

In the State of Hawaii, nurses are helping to change the face of healthcare. To ensure that they have the best education and preparation for future health care challenges, registered nurses need to graduate from a state-approved associate's degree in nursing program or a BSN degree program.

Nurses who graduate from an RN program can obtain certification in over 100 nursing specialties, go on to earn an RN to BSN or RN to MSN degree.

BSN degree holders have options to earn an Advance Practice Register Nursing (APRN) degree and become a Nurse Practitioner (NP), or earn an advanced degree for a career in any number of nursing leadership roles such Nurse Educator or Clinical Nurse Specialist. 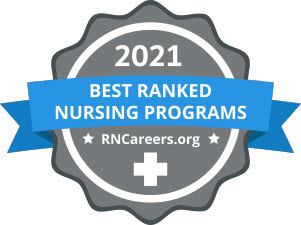 To help nursing students in their search for a top RN program, the education experts at RNCareers.org publish their annual findings of the best nursing schools for both Hawaii and the country. Schools ranked on our list have proven their ability to educate highly competent nurses.

RNs who wish to become advanced practice registered nurses will want to pursue any number of avenues to earn Master of Science in Nursing (MSN) degree. Earning a Master of Science in Nursing consists of graduate-level coursework and clinical practice for those nurses who wish to direct patient roles such as a nurse practitioner. You can also pursue indirect patient roles such as teaching or leadership roles, or become involved in policy, state-wide health initiatives or community engagement. There are many clinical and non-clinical avenues that an RN with MSN can pursue.

Hawaii State Board of Nursing King Kalakaua Building 335 Merchant Street, Room 301 Honolulu, HI 96813 (808) 586-3000 Fees: Initial licensing fee, RN: $40 License renewal (every two years), RN: $160 Continuing Education Requirements: None It is recommended that an RN candidate should enroll in a professional nursing program that is nationally accredited or state approved. There are five BSN programs within Hawaii: three in Honolulu, one in Hilo, and one in Kaneohe. Programs that have been completed in the armed forces are not usually found to be equivalent to RN programs.

The state of Hawaii has strict guidelines for RNs to meet in order to gain licensure. In addition to completing the NCLEX exam (which costs $200 to take and cannot be completed until the candidate has received Authorization to Test), the candidate must also submit the following: It is worth noting that a candidate may retake an exam but it has to be done within two years of completing the application. The exam is the second to last step in the licensing process with the last step being paying the licensing fee.

Candidates who completed a program in one of the other 50 states may be able to obtain licensure by endorsement. They will need to provide license verification through an official document

International candidates are required to have equivalency evaluated through the CGFNP. They are also responsible for the NCLEX, with the exception of some Canadian nurses who took the SBTPE.

It is a fact that a highly educated nurse has the ability to provide safer and more effective patient care. Hawaii was chosen as a recipient of the Robert Wood Johns Foundation Academic Progression in nursing grant in 2012. It was a $300,000 grant that was used to create strategies that led to highly educated and diverse nursing population. There is a wide selection of jobs available in the nursing market of Hawaii that are based on your educational level. The Department of Health in Hawaii also has a variety of specialized nursing positions, which are perfect for a nurse with a Bachelor’s degree and they include:

Honolulu has both more nursing opportunities and higher wages than the non-metropolitan areas of Hawaii like Maui and Kauai. Yet, both areas offer very high salaries for RNs compared to the continental United States.
Source: http://www.dol.gov/, 2014 Data